Today is a day that I have been dreaming about for years!! Some days I didn't think I'd ever get here and I've gone back and forth on whether or not I'd actually publish this post but since you're reading it, I've obviously decided it's something worth sharing. You may also want to grab a cup of coffee and settle in....it's going to be a long one!

It's concerning an area of my life that I've kept mostly out of sight (except from my very closest friends) as I tried to work on my own to clean it up. It was embarrassing and I felt that I would most certainly be judged for being so stupid and irresponsible, so I just kept it to myself and wallowed in my own misery.

I've been watching Suze Orman for years and more recently starting listening to Dave Ramsey.  They have both helped me more than I can ever put in words. There's one thing in particular that Suze always says and that is you have to stand in your truth. I had to acknowledge my situation, face it and start making changes. I had to stop living in a fantasy world and live within my means. I decided to stand in my truth.

And I can't tell even begin to tell you how good it feels!

My debt had dragged, held and pushed me down for so long and I was over it!! Taking the advice of Dave Ramsey, I got mad at my debt! I was mad that I had to use most of my paycheck to pay off things that I can't even remember buying!

Before I got to that point, I felt like I had no other options so I began exploring the idea of filing for bankruptcy.

Side note - I can't help but think of Michael Scott emerging from his office shouting "I DECLARE BANKRUPTCY!!" And poor Oscar having to tell him that that doesn't do anything. Love it!

Anyway, I had consulted with a bankruptcy attorney on two occasions really wanting that to be a viable option for me, but it wasn't. I was about to receive an inheritance from my grandfather's estate (although not enough to pay everything off.) And even though the money was not yet an asset (it was still in probate), I was advised that if the court found out that money was coming my way, it would be viewed less than favorably. So my only option was to either continue living paycheck to paycheck, stressed out, and powerless against money or tackle the debt head on and get it out of my life! Thankfully, my decision was the latter!

People go into debt for a variety of reasons. For me, I was simply living above my means...not extravagantly, just spending more than I brought in. Month after month after month. Simple math, really. Why it was so hard to grasp at times is beyond me!

I owned a home in Oregon that family lived in but yet I continued to pay or supplement the mortgage. The reasons behind that are complicated and I won't get into it - but looking back now I realize that was a horrible financial decision. Again, it's no brainer now!

Paying that mortgage left me with little in the bank, so I would charge my gas or groceries. Of course, I charged plenty of other things that were not necessities. Theatre tickets? Yep. Dinner with friends? Sure. Plane ticket to Portland? Absolutely. You get the idea. If I didn't have the cash, I would charge. Heck, I would even charge when I did have the money. I was working off of pretty warped logic. But I know that I'm not the only one out there, which is why I want to share my story. If even one person can be inspired to make some changes that can lead to financial freedom, it's worth putting all this out there!

In the Spring 2011, I decided that I had to let go of the house in Oregon. It was a hard decision since it would affect other people, but it was a decision that had to be made. After unsuccessfully trying to work with the bank, we ended up losing the home in a foreclosure - not the proudest moment of my life - but one I've accepted. Leading up to it was the worst, but once it was done and that $264,000 loan was off my back I found that I could breathe a bit easier. I was then able to focus on my remaining  credit card debt.

So how much debt am I talking?

Here was the breakdown:

I had paid $10,800 but my balance was only reduced by $2,106. What the heck??? All that sacrifice and hard work and it's only down $2100?!? Needless to say, I was super ticked! But I finally grasped what everyone always said about paying things off faster to save on interest. It's a hard lesson to learn but at least it was learned.

For the next few months, I found areas in my budget where I could cut a bit more in order to pay a little more to the credit cards. Five dollars here and ten dollars there and I began to make some headway.

In September, I received the money from my grandfather's estate and was able to pay off my car, both Capital One cards and the American Express. While I was initially sad that I had to use that money to pay debt, I was grateful that my grandfather's generosity was able to help me down the road to financial freedom. And actually, I didn't HAVE to use that money for debt, I CHOSE to use it for that!  I knew it would be the best way to honor his legacy. (Of course, I did have a little fun with it here and here.) If I had never received that money, this post would have still happened, just several years down the road.

So what was next??

Well, the next steps might be a little controversial but it worked for me. I stopped paying Bank of America and Citicards. I decided I was going to try to negotiate those debts and settle them for less than I owe and to do that, I had to fall behind on payments.

I didn't pay for about three months. Of course, B of A and Citicards began calling. I just ignored them since I needed to gain leverage. I completely understood that my credit was getting dinged with every month that passed - but I already had a foreclosure on my record and frankly, how much additional harm could it cause? And honestly, since I had no plans to apply for a loan, I didn't really care.

After about 3 months, I called to negotiate the remaining two cards and was successful settling with Bank of America!!  I owed about $6500 but settled it for $2500!
Citicards was not willing to settle (believe me I tried!!) but they did offer me a 0% interest rate on the remaining balance for the life of the loan! Score!

Once B of A was paid off, it was back to my budget to figure out ways to earn more money, cut my expenses and apply as much as I could do this debt. I had a balance of $14,000 and my debt snowball calculations told me that I could have it paid off in about 24 months. Two years seemed like an awfully long time so I became a little more aggressive and recalculated the budget and snowball - 22 months. Still too long, so I cut more and recalculated - 20 months. Ugh. I figured there was no other room to cut in my budget so I stuck to this plan and just kept paying.

Every month, I paid toward the debt without much thought because if I stopped to think about how much I was paying towards this I could easily talk myself out of it. "It's zero percent interest...what's the rush?" or "I really want to take a trip, I could just save that money instead." or "I really want to buy some new clothes, what's taking one month off going to hurt."

So month after month, I sacrificed and lived on practically a "rice and beans" budget. Anytime I won at bunco or made a sale on Etsy or sold a piece of furniture, I'd apply that money to the debt and before I knew it, the balance began to drop significantly!!

And that leads me to today....August 9th, 2012 and I just made my last credit card payment. EVER!

Listening to Dave Ramsey's radio show and hearing the callers shout "3-2-1 I'm debt free!!!" would often get me all teary. I could hear the joy in their voices and the excitement of no longer being a slave to their debt. And now today, I'm one of them! It makes me cry just thinking about it.

I want to thank everyone who has supported and encouraged me through this process -- especially my best friend, Linda and my awesome colleague, Monica! Monica and I would often recalculate our debt snowballs and offer words of encouragement and ask each other "What would Dave Ramsey say?" Both Linda and Monica were the ones who helped me when I had anxiety about paying off my car and saying goodbye to such a large chunk of money in the bank and said, "Just do it, Rachel - don't even think about it!" And thanks to Jill who I could text with "I paid off another $1000 - the balance is now under 3 grand!!" and get a "Awesome....keep it up!!" in reply. The encouragement to say the least, was vital!

And it all ties back to standing in your truth. I learned that I didn't have be ashamed of what I dealing with because almost everyone else is in debt, too! Once I decided to be truthful with a select group of people I trusted, I felt empowered to fix the situation. Plus it's nice to talk things through with those who are in similar situations - bounce ideas around, share and receive motivation, etc.

So what's next? If you're not familiar with Dave Ramsey he has a series of seven baby steps and I'm now moving on to step 3 - building a fully funded emergency fund. Suze Orman considers that to be 8 months of expenses, while Dave says 3-6 months. I plan on erring on the side of caution and going for the eight!

Through this whole journey, the way I view money has been altered forever. And my hope for anyone else who feels trapped and buried in debt is that they know there is a way out! The bible promises freedom in Jesus Christ and as a Christian, I clung to that hope through the hard days. Through much prayer, God has truly changed my heart and the way I view money. I've learned that sacrifice is a good thing and it's okay to tell myself "no" every so often!

The last thing I want to share is if you're in a situation that feels overwhelming, please know that there is a light at the end of that tunnel!! It takes a lot of work and sacrifice but it can be done! Just start with writing down all of your debts and creating a budget. There are so many free resources out there including budgets that already have all the line items listed and automatic calculations (I used lots of things from this page!) Once you have a plan, things will fall into place. I promise! I've matured from a person who would habitually overspend into someone who loves working on my budget...who would have thought :-)

So in closing, I'll just pretend I'm on Dave's show and scream... 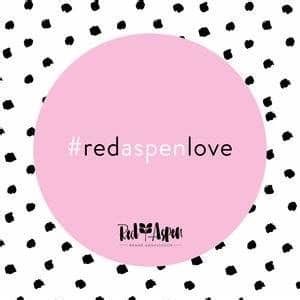 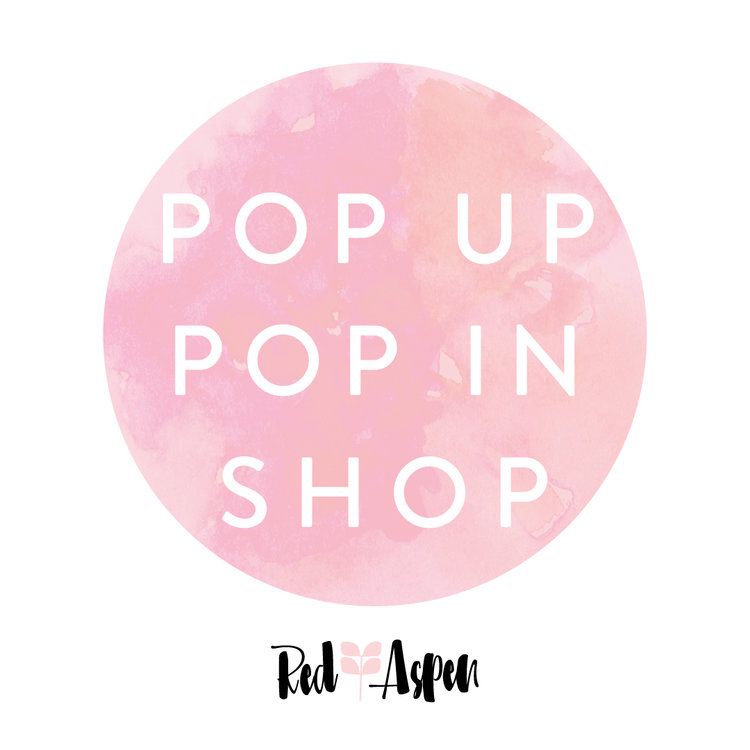